^ Eshte yll i bardhe ! Yll nacionalist !
One cannot and must not try to erase the past merely because it does not fit the present
Top

^ Shume e bukur kjo Marku !
One cannot and must not try to erase the past merely because it does not fit the present
Top

The fabric of cultures: fashion, identity, and globalization
Eugenia Paulicelli

see attachment
You do not have the required permissions to view the files attached to this post.
The only thing necessary for the triumph of evil is for good men to do nothing
Top 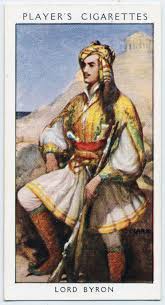 Off topic but very important inlight of attempts to clear the slate for the ones that took so much away from us for so long .

History should not be revised for favors .

Acknowledge the Sacrifice ,Truth and be as Proud as ever .

Henry Charles woods - The cradle of the war, the Near East and Pan-Germanism 1918

"From a local as well as from a national point of
view, one of the most important questions connected
with Albania to-day is that which concerns the
nationality of its inhabitants. In order to understand
this aright it is necessary to remember that in Turkish
times these people, unlike the other alien races which
went to make up the European provinces of the Otto-
man Empire, were not formed into a "millet" or a
religious "community." In other words, whilst the
nationality of the Bulgarians and the Greeks was recog-
nised, as the result of the existence of the Bulgarian
and Greek Churches, the Albanians had no such
binding link, and they were classed in the making of
a census entirely according to their religion. Thus, if
an Albanian belonged to the Orthodox Church he was
called a Greek ; if he were a Moslem, he was put down
as a Turk. This meant not only that the gallant Shky-
pctars, as the Albanians call themselves, were never
supported by intrigue adroitlj^ hatched in various
capitals, but that their territory has been and is sub-
ject to the aspirations of their neighbours.


This is a
question of supreme importance, for whilst up to a
point Abdul Hamid encouraged the Greeks, the Bul-
garians, and the Serbians of Turkey in their national-
istic and religious ideas, with the express purpose of
causing strife between these elements of the popula-
tion, the Turks — Old and New — never left a stone
unturned to subdue the Albanians, whose sentiments
of nationalism and of patriotism are probably older,
stronger, and deeper than those of any of the Balkan
race.

The Albanians are generally and probably accu-
rately identified by impartial observers as the de-
scendants of the ancient Illyrians, who were simply the
inhabitants of Illyria, and who in their turn were the
offspring of the Pelasgeans — the first people to come
to Europe. It was therefore to their forefathers that
the Albanians allege St. Paul referred, when he said
"Round about into Illyricum I have fully preached
the gospel of Christ." But little is known about these
Illyrians except that they were slow to accept the
civilisation of the Greeks and Romans, and that sub-
sequently they were driven westwards towards the
shores of the Adriatic by the advancing hordes of
Slavs. From the time of the Turkish Conquest,
which may be said finally to have taken place about
the year 1478 and soon after the death of the famous
Albanian hero — Scanderbeg — until the Balkan Wars,
Albania formed part of the Ottoman Empire, and it
was nominally ruled from Constantinople.

But such
were the strength and the feelings of nationalism of
the people, that throughout this period they really
enjoyed a considerable amount of independence, being
governed largely by unwritten laws administered by the local chieftains.


The Shkypetars are today a wild, warlike, lawless
people, but nevertheless they have their own — a very
strict — code of honour, and they are faithful even
unto death. An Arnaut once engaged is not only the
most trusty servant and loyal follower in the Near
East, but he is the most useful protector of his em-
ployer in whatever difficulty may arise. Indeed, the
honour of the people is such that if once they have en-
tertained you in their houses, or if once they have given
you a promise, you may be absolutely sure that not a
sacrifice will be too great for them to make in order
that their promise may be fulfilled!!!!!!!!!!!!!!!!!!!!!!!!!!"
Top

Oriental and sacred scenes: from notes of travel in Greece, Turkey, and ..., Fisher Howe, p. 18